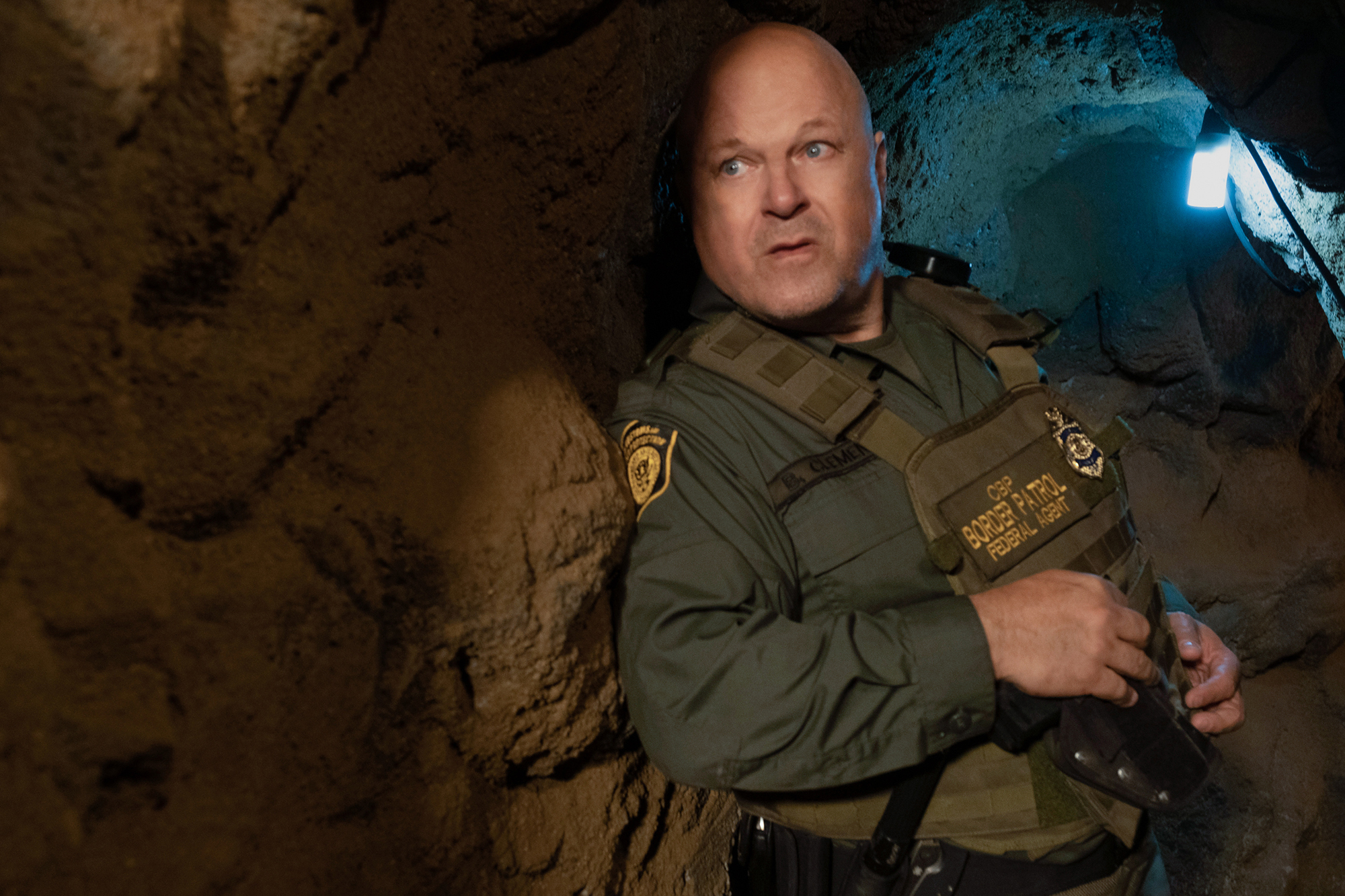 It makes sense that “Coyote” was shot with a multi-national cast and crew — since the new drama series starring Michael Chiklis deals with life on both sides of the US-Mexican border.

“Half of our writing staff is Mexican and from South and Central America,” says Chiklis, 57, who plays an ex-US Border Patrol agent in the CBS All Access series. “We wanted people from every corner of this equation to weigh in on their perspective so that it found itself represented in our scripts.

“We had a border patrol agent who was our technical advisor as well as [border patrol] people from the Mexican side of the border,” he says. “It’s a tricky line to walk but I feel like we’ve done it very successfully.”

In Thursday’s series premiere, viewers meet the tough, dedicated and well-respected Ben Clemens (Chiklis), who’s going noisily and reluctantly into retirement after 32 years on the job. Divorced, with a teenage daughter, he heads down to Mexico to finish construction on the house that his work partner, Javi Lopez (played by Jose Pablo Cantillo), was building on a picturesque beachside cliff before meeting his death.

Michael Chiklis stars as Ben Clemens in the CBS All Access series “Coyote.”CBS

But it’s his trip to Mexico that triggers the multi-layered “Coyote” plotline — when Ben tries to help a teenager, Maria Elena Flores (Emy Mena), who’s pregnant by a local drug kingpin and desperate to escape his clutches. He finds himself enmeshed in a dangerous, life-altering situation that plays itself out on both sides of the border in a series of unexpected twists and turns.

“This show is about a conversation between Mexico and the US, about a collision of cultures that’s happening at borders all over the world,” says Chiklis, a 2002 Emmy winner for “The Shield.” “It’s relatable to so many people who live in countries where cultures are pushed up against each other and have to find a way to co-exist.

“I thought it was a very timely and interesting way for a guy who has looked at the world through a particular prism his whole life to literally and figuratively and suddenly have to be on the other side of the wall … and walk 100 miles in another man’s shoes.

‘We’ve removed the politics entirely to show and represent all points of view without taking a position.’

“It’s an interesting way to take a very hot-button political topic and humanize it,” he says. “We’ve removed the politics entirely to show and represent all points of view without taking a position … so that people can watch the show and not get so caught up in the politics but in the humanity.

“No matter what happens, the border situation is still very current and is going to remain so,” he says. “We wanted to take an even deeper dive into this situation and see where it takes us.”

Where “Coyote,” didn’t take Chiklis and his fellow executive producers, including Michelle MacLaren (“Breaking Bad,” “Game of Thrones”) and David Graziano (“American Gods”), was to completion of the 10-episode series, which was shot in Baja, Mexico.

“We were in the middle of Episode 7 when we got interrupted by COVID,” says Chiklis. “Not without irony, we weren’t able to continue once things went back into production a few months back because we weren’t able to go into Mexico.

“If we’re able to continue, and I hope we are, I think [the shutdown] was a blessing in disguise because of everything that happened in 2020,” he says. “I feel like that’s going to shape the way forward in all kinds of storytelling in regards to this [border] issue.”