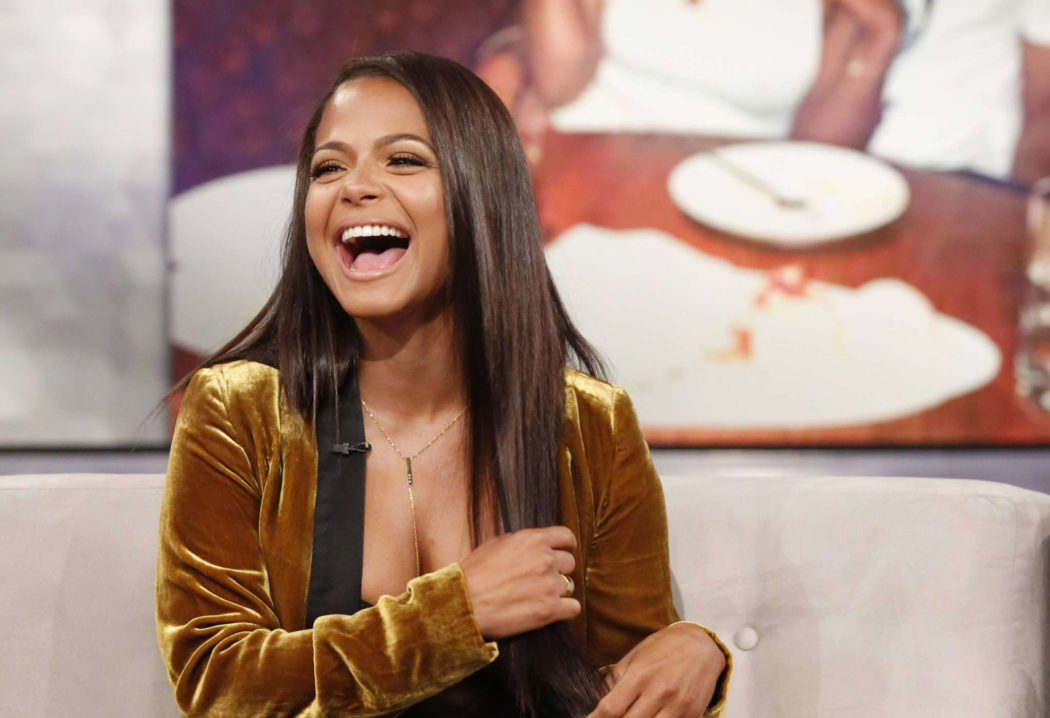 On her Instagram Stories this week, the 39-year-old R&B artist, Christina Milian, revealed that Rihanna’s Savage x Fenty lingerie line is what helped her and her French boyfriend conceive their first child. Page Six picked up on the Instagram post this week.
According to the outlet, Milian participated in a social media challenge in which she was told to post a photo from when she was pregnant but didn’t realize it at the time it was taken. Rather than do that, Milian posted a picture of herself wearing pink lingerie.
Karrueche Tran And Christina Milian Stunned At The Hollywood Premiere Of ‘Claws’ »
Christina joked on her account that she wasn’t pregnant on that day, but it was the “day the stork made a drop-off.” Page Six says Milian worked on Rihanna’s collection back in May of this year, and she included some snaps and photos which were taken by her boyfriend, Matt Pokora.
Christina spoke with Page Six Style at the time and claimed Rihanna was a great example of the type of woman who was proud of her body, herself, and wasn’t “afraid to show her power.” In case you missed it, Milian and Pokora announced they were expecting a child earlier this year.
Christina Milian Has Fans Asking Questions After She Shared This Picture Of Hubby Matt Pokora And Their Son, Isaiah »
https://www.instagram.com/p/CD4GkJeHOEx/
Reportedly, Pokora and Milian already have one baby together, their 10-month-old Isaiah, and Milian also has a 10-year-old daughter with The Dream, named Violet. She is 10-years-old.
Christina Milian Looks Better Than Ever In New Stunning Photos After Giving Birth — Matt Pokora’s Girlfriend Has An Honest Conversation About Her Post-Baby Body And Fans Call Her A Role Model »
According to Page Six, Milian works alongside stars like Bella Hadid, Demi Moore, and Lizzo, as models and brand ambassadors for Savage x Fenty.
Fans of Rihanna know she has been a lot busier in the fashion world than in the music business as of late. However, rumor had it earlier this year that Rihanna would be dropping a brand new record sometime in the coming months.
This came around the same time as the reports confirming that Rihanna wouldn’t be starring in the upcoming Black Panther sequel, Black Panther 2. Followers of the pop star have been eagerly awaiting a new project, but it looks like they’ll have to rely on her fashion collection for now.
Advertisement