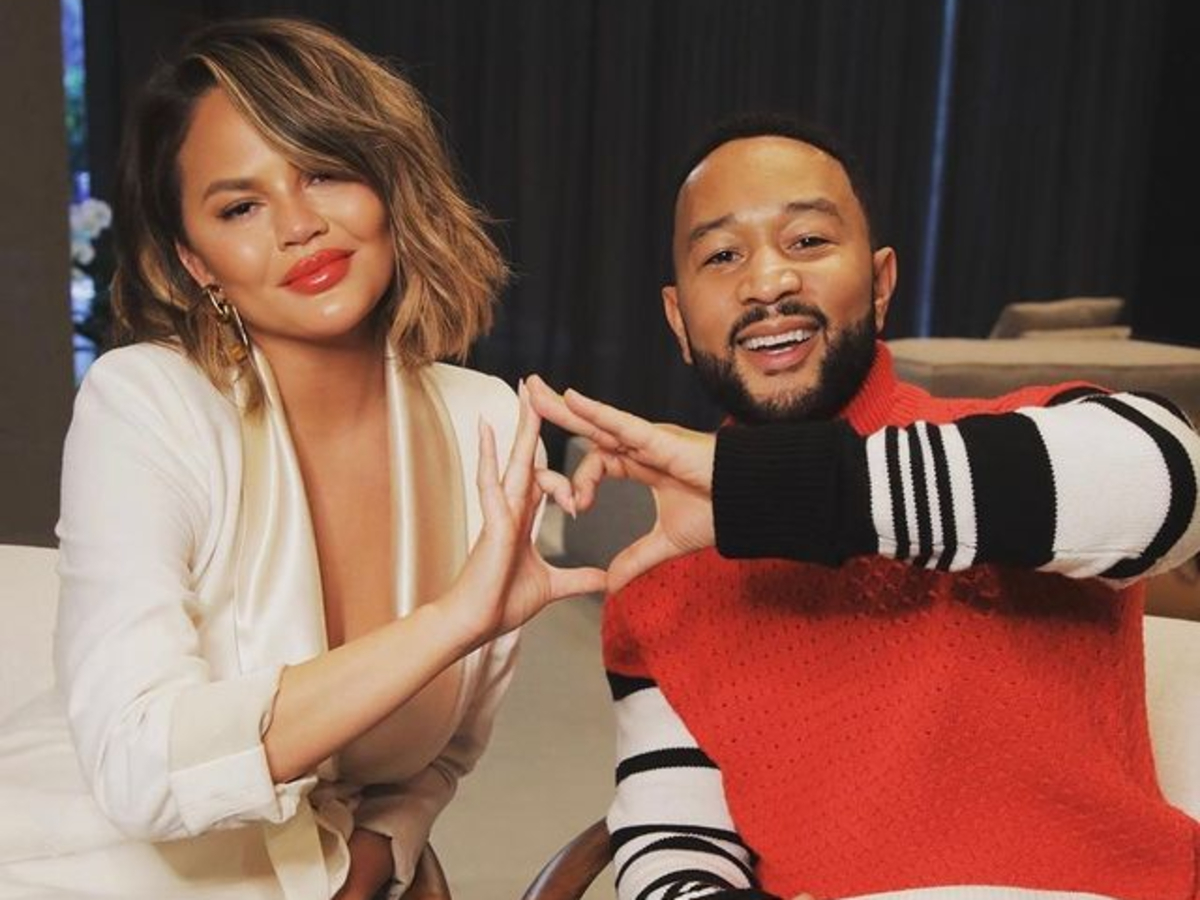 Chrissy Teigen remains grief-stricken over the loss of her third child, a son named Jack. Chrissy and John Legend lost the baby after she continued to bleed throughout her pregnancy and then suffered a miscarriage. The devastation was overwhelming as Chrissy was 20 weeks pregnant and after suffering from partial placenta abruption was given an epidural to spark labor. Chrissy delivered her baby and shared the tragic experience on social media. A black and white photo of John Legend and Chrissy Teigen in tears while she cradled their deceased baby in her arms went viral.
Now, Chrissy is saying she will never be pregnant again and the model is showing the world that she still has a leftover baby bump — a constant reminder of the baby she tragically lost.
John Legend Gets ‘Wine Drunk’ And Randomly Performs His Biggest Hit At Universal Studios – See The Video! »
Chrissy Teigen shared a photo of her stomach along with this caption.

This is me and my body, just yesterday. Even though I’m no longer pregnant, every glance in the mirror reminds me of what could have been. And I have no idea why i still have this bump, honestly. It’s frustrating. But I’m proud of where this entire journey took my body and mind in other ways. I love being pregnant, so so much, and I’m sad I never will be again. But I am lucky to have two amazing little ones who are transforming into big little people more and more every single day. Anyhoo. Love u guys. Xx
John Legend Shares A Video Claiming That Melania Trump Is Too Occupied With This Famous Man To Spend Time With President Donald Trump »

You may see the photo that Chrissy Teigen shared below.

John Legend And Chrissy Teigen Take Luna To Disneyland In Hong Kong »
It is unclear if Chrissy is saying she will never be pregnant again for medical reasons or if the pain of losing Jack was so traumatic, she simply won’t go through another pregnacy out of fear she may lose another baby in the womb.
Chrissy has opened up about the extreme depression she has dealt with since losing Jack and is currently undergoing grief counseling.
Chrissy Teigen and John Legend are parents to two children: Luna Stephens, 4, and Miles Stephens, 2.
Charisse Van Horn is a freelance writer from Tampa Bay. She enjoys writing about celebrities, entertainment, and fashion. Any reproduction of this article outside of Celebrity Insider will be met with legal action by the writer.
Advertisement