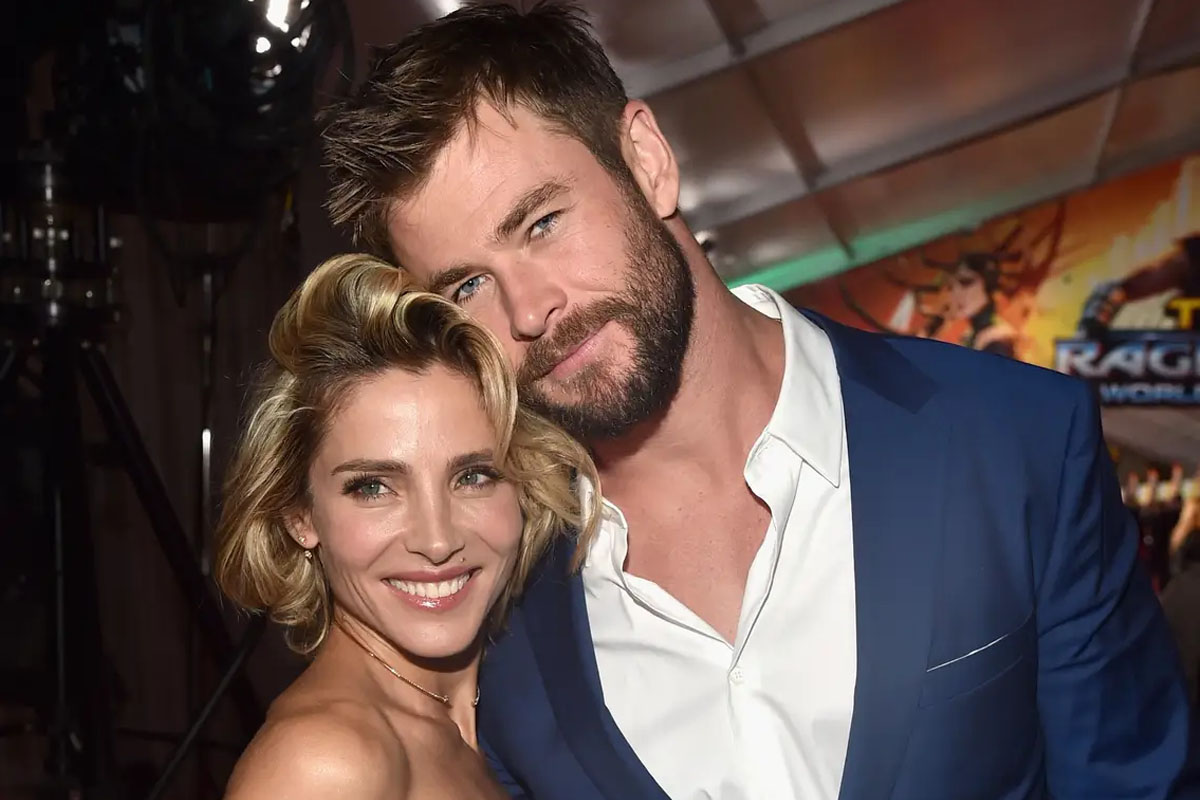 The Thor actor has a lot of love for his life partner and he did not hesitate to show it publicly! Chris Hemsworth took to social media to pay tribute to his wife with the occasion of their 10-year wedding anniversary!
Chris posted a number of pics with Elsa Pataky, with whom he also shares three beautiful kids.
In the caption, he celebrated their decade as husband and wife, gushing: ’10 years together! Looking forward to all the advancements of modern medicine and science and enjoying a couple hundred more!’

The former model took to her own platform to shower her hubby with love as well, posting a nice pic of Chris with his shirt unbuttoned and his incredibly defined abs on full display!
The actor could be seen flexing his biceps beside the beautiful Christmas tree that had countless of presents underneath!
As for the caption, she cheekily wrote that ‘Santa brought me a Thor action figure for Christmas.’

These two and their three kids – 8 year old India Rose, and 6 year old twins Tristan and Sasha – look like the picture-perfect family that everyone wants to have!
But Elsa tried to keep the unrealistic expectations at bay, revealing that they are not without flaws!
While chatting with Australia’s Body + Soul in August, she dished that ‘It’s funny that people think of us as the perfect couple. No way. It has been ups and downs, and we keep working at the relationship. A relationship is constant work. It’s not easy.’
The former model also stressed that she always tries to see the positive side of things, one of them being Chris’ great skills as a father!
Advertisement

For instance, back in September, she posted a pic of the dad in the bathtub with one of their young ones, covered in bubbles and wrote in the caption: ‘A little late, but happy Father’s Day to all the amazing dads out there, especially to this one.’

Cassie Scerbo Talks Online Trolls And How She Handles Hate And Criticism!
Hilary Duff’s Husband Pays The Most Adoring Wedding Anniversary Tribute To Her!
Comment