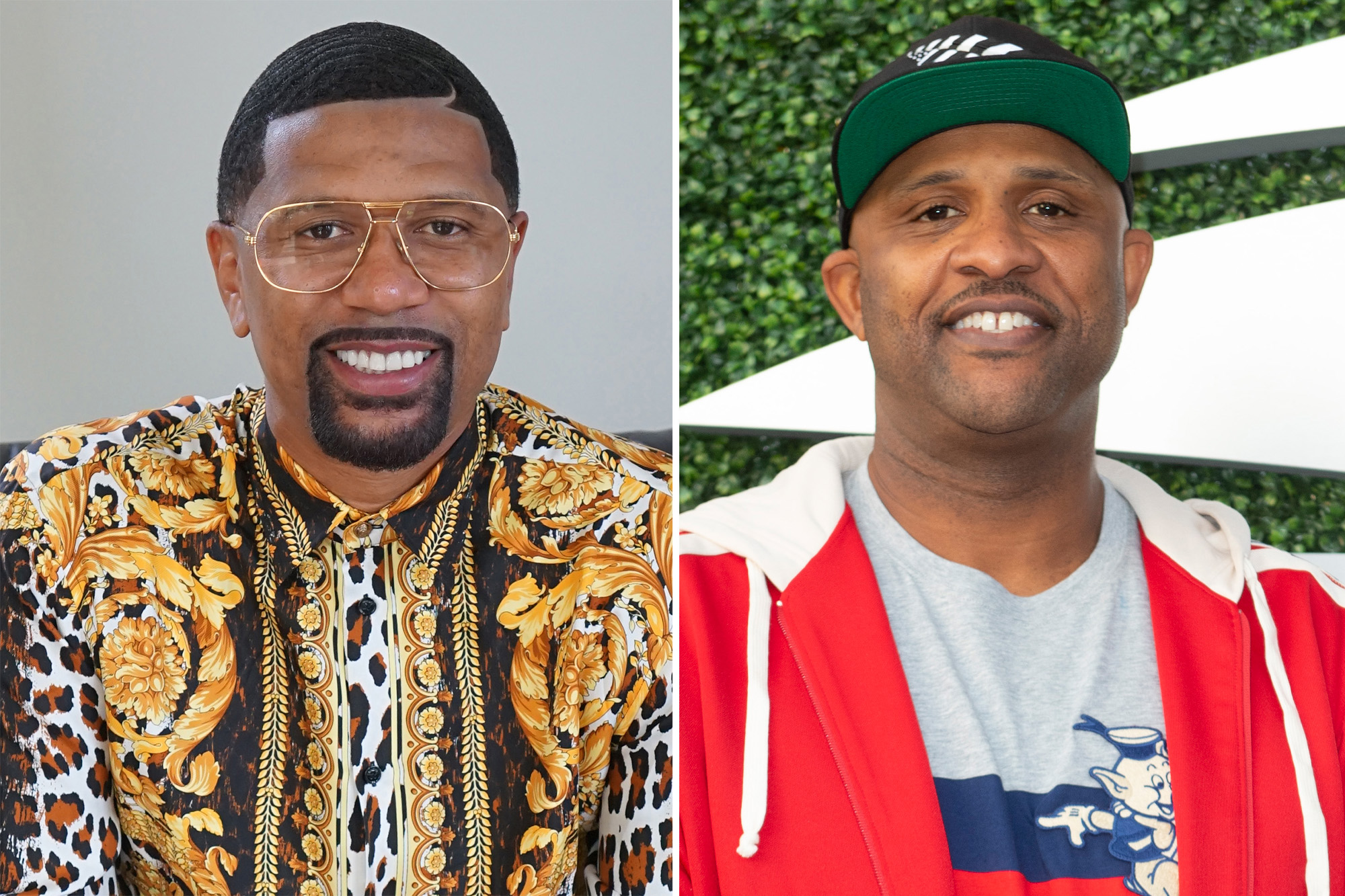 CC Sabathia is fearless. The future Hall of Famer, World Series-winning pitcher who played for the Yankees for a decade, has faced some of baseball’s most powerful hitters and his own demons. On this week’s episode of “The Renaissance Man,” he’s throwing heat at the GOAT.

I asked him, if he had the chance to strike out either LeBron James or Michael Jordan, who would he chose? I could barely get the question out before Sabathia answered.

“MJ for sure. Because he talks so much s–t. Even now, like, my shoulder’s broken I want his ass to get in the box right now and strike him out. Last time he came to one of my starts, I think I had like three or four walks, and I come out of the tunnel and … before he gave me a five, he was like ‘Why you walking so many guys?’… ‘I was like dawg I’ve seen the back of your f–king baseball card.”

But then again, that’s Sabathia, and he seems to be allergic to sugarcoating anything these days. In his HBO documentary, “Under the Grapefruit Tree,” he tells the story of his upbringing in the Bay area, his major league career and how close he was to losing everything because of his addiction issues that stemmed from all of the loss he had in his life. The title is a nod to the grapefruit tree that his grandmother had in her backyard. He’d set up a folding chair and launch the grapefruits that had fallen on the ground as if he were former Dodgers and A’s pitcher Dave Stewart. It sounds like a tale concocted by Hollywood, but that is literally how he learned to pitch — with a citrus fruit.

But a major part of his story is his rehab stint in 2015 for alcohol addiction, and he vividly described his own version of rock bottom.

“My No. 1 low point is when I decided to go to rehab … I’m basically in like a mental ward of the rehab facility when you first check in. They gotta detox you … I got my sweats on, they’re inside out and I basically have on a medical gown … I’m sitting here and watching the Yankees play against the Astros in the AL wild card game … It’s almost like it wasn’t me, sitting there. It was the weirdest experience I’ve ever had in my life. And as I am sitting there watching that game is when I made the decision that I wanted to get my s–t together … I don’t want to be this person. I don’t want to be this sad story, that’s the headline in The Post…I didn’t want to go down that path.”

No one in the facility approached him during that game, but they just watched him to see how was going to react. He is still CC Sabathia. You can’t turn off your celebrity. It’s the same recognition whether you are signing autographs after winning the World Series or watching your team play as you sit a clinic.

He said he learned that he had never quite unpacked grief properly. He lost his grandmother just before he was drafted in 1998, his father in 2003 and many other close family members in quick succession. He credited therapy and rehab with helping him tap into his emotions.

“I had to go to rehab to be able to get those feelings out and get those emotions out and really take a look and sit back, and mourn and grieve and give yourself a chance to breath. And it’s OK to cry,” He now understands that grief is a crafty thing. It can come in waves and hit you at the most bizarre moments, and for him, even watching the Raiders play brings back a flood of emotions.

As an athlete and also as black men, you build up a wall of strength and invincibility in order to put yourself in a position to conquer each moment and chase your goals. You mask your pain, and most of the time you don’t address your anxiety or disappointment because it isn’t the macho thing to do. Of course we recognize how important mental health is, but I applaud Sabathia for his openness, his self-awareness and being brave enough to talk about the moments in his life that most people would rather forget.

That kind of candor also makes for a great interview. But he’s an ace storyteller with an incredible capacity for knowledge and the history of the game of baseball. He plans on doing more of that in retirement, which he says has been incredibly fun. He wants to make documentaries and tell some of the rich and untapped stories from the Negro League.

And now that we have that Jordan challenge in the open, why not make it official. Let it be a nationally televised event like “The Match” with Peyton Manning, Tiger Woods, Phil Mickelson and Tom Brady. We’re talking ratings bonanza.

And sorry, MJ. I’m putting my money on CC.

Detroit native Jalen Rose is a member of the University of Michigan’s iconoclastic Fab Five, who shook up the college hoops world in the early ’90s. He played 13 seasons in the NBA, before transitioning into a media personality. Rose is currently an analyst for “NBA Countdown” and “Get Up,” and co-host of “Jalen & Jacoby.” He executive produced “The Fab Five” for ESPN’s “30 for 30” series, is the author of the best-selling book, “Got To Give the People What They Want,” a fashion tastemaker, and co-founded the Jalen Rose Leadership Academy, a public charter school in his hometown.