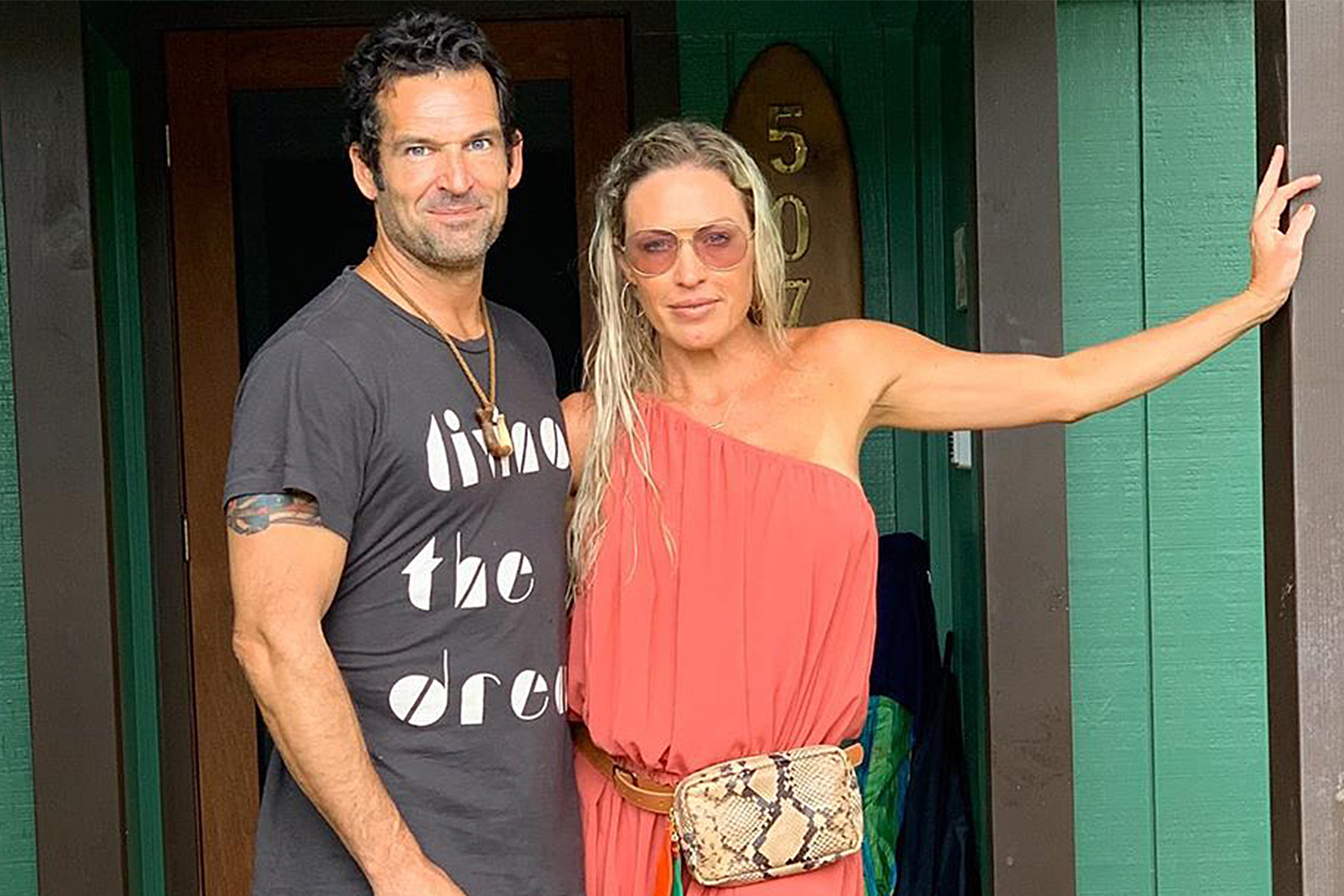 Braunwyn Windham-Burke has come out as a lesbian at age 42. She confused fans when she said that she wants to continue to be married to Sean Burke although she is not attracted to men.
Now, she is seeming very hypocritical.
The Real Housewives of Orange County star revealed that she is dating a 28-year-old woman named Kris that she is very happy with.
Before introducing Kris to the world, she told US Weekly: ‘There’s someone in my life right now that makes me happy and I smile just thinking about, but I kinda want to protect it right now. I’m not quite ready to put it all out there, everyone in my life that knows me knows what’s happening. I don’t think I’ve smiled so much. It’s good. I know if you look at social media, it seems really like crazy, but things are really good in our house right now.’
She not only revealed that Sean had met Kris already but also said that Kris comes over for family dinners with Sean and the kids.
Although it seems that she has moved on from a romantic relationship with Burke, she still has a tendency to be jealous.
During an Instagram Live with her husband, Braunwyn said that when Sean decides to date someone — she will be heartbroken about it.
When a viewer brought up how it doesn’t seem fair for her to feel that way, she explained that’s why they are in therapy.
‘That’s why we’re in therapy. We are working through this. We can’t figure this out on our own. This is a lot … This is hard and we’re working it out.’
She also admitted that jealousy was the biggest issue they were working on in their marriage.
Advertisement

Braunwyn really meant what she said when she told her followers that she and Sean were redefining what marriage means to them.

Azriel Clary Addresses The Victim-Shaming She Went Through Concerning Her Relationship With R. Kelly
Brittany Cartwright Proudly Displays Belly After Being Fat-Shamed By Haters
Comment