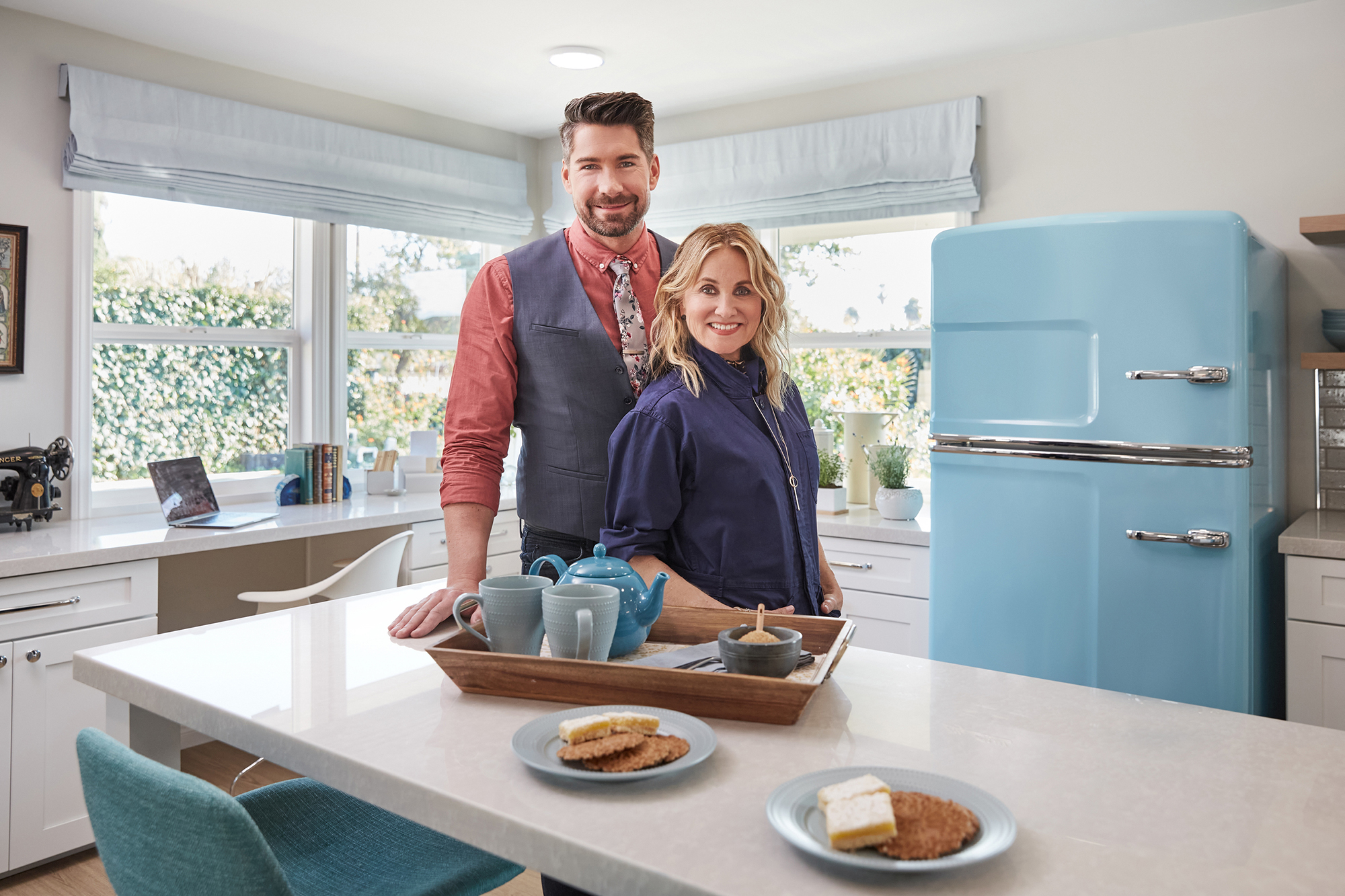 It makes sense for Maureen McCormick to co-host “Frozen in Time.”

In 2019, McCormick and her “Brady Bunch” castmates starred in HGTV’s “A Very Brady Renovation,” in which they replicated that show’s original studio set inside the house seen on the ABC series (1969-74).

“Frozen in Time,” premiering Monday on nascent streamer discovery+, finds McCormick and designer Dan Vickery (“Design Star,” “Love It or List It”) making over the interiors of Southern California homes stuck in time warps dating back to the 1950s.

“What’s so interesting in this process is you can see [the homes’ owners] getting excited, then scared, then excited and scared again,” says McCormick, 64. “It can be a rollercoaster ride for them. They’re thinking, ‘Are we doing the right thing?’

In the series premiere, McCormick and Vickery renovate a house in Laguna Beach with an interior that hasn’t been changed in over 50 years — including its carpeted kitchen and bathrooms.

“Frozen in Time” on discovery+ hosted by Maureen McCormick and Dan Vickery.Courtesy of Discovery

“There was a designer in the area who was getting ready to start a renovation on that house with these homeowners and presented [‘Frozen in Time’] as a great opportunity for them,” says Vickery. “The network of people who have been attracted to this series has been huge and we’ve been really grateful.

“We’re working with the clients and making sure they’re interested in taking this journey with us,” he says. “The people buying these homes or living in them … there’s something they love about them — and we want to make sure that’s honored and cherished.”

As the series unfolds, viewers will see many “Frozen in Time” homeowners frank in their feelings about what they want in the McCormick/Vickery redesign. “They’ve often been thinking about this for a long time so they have a lot of opinions, which always results in a better house,” says Vickery. “I’ve been doing design for almost 20 years and those moments where you get pushed are often the times you do your best work.”

“Every story has been so different,” says McCormick, who’s done many home and rental remodelings with her husband, Michael Cummings. “We never know what we’re going to walk into. The clients have had a chance to think and they’re telling us for the first time what they would like and what they’re hoping for and what they don’t want to change.

“Livable and functional is always what the owners want; usually if you bought the house, you love it because of the year in which it was built — and we want to keep that feeling.”

“I think some of the homeowners have been shocked, and we’ve both been shocked to find some of those damages,” says McCormick. “You hope you don’t find it but so often you do and obviously that changes the [renovation] budgets … but people are not going to see that after it’s fixed. They want to put their money into really seeing what’s on the outside but it’s important that everything underneath is healthy — just like your body.”

“Frozen in Time” marks the first collaboration between McCormick and Vickery.

“I have to tell you, it’s so weird … when you meet someone and feel like you’ve known them forever,” McCormick says of Vickery. “It’s so comfortable and right away you can contradict each other and have different opinions but in the end you really respect that person and love them. Dan is a real gentleman, a true artist and a great teacher … and he’s really fun to be around and to spend the day with.”

Vickery says he didn’t know who his co-host would be when he auditioned for the series.

“I was told a ‘female celebrity’ was attached,” he says. “You know how Hollywood can be and that was a little terrifying. But it was fantastic how we just connected. Maureen is a natural — she shows me up more than I care to admit.”