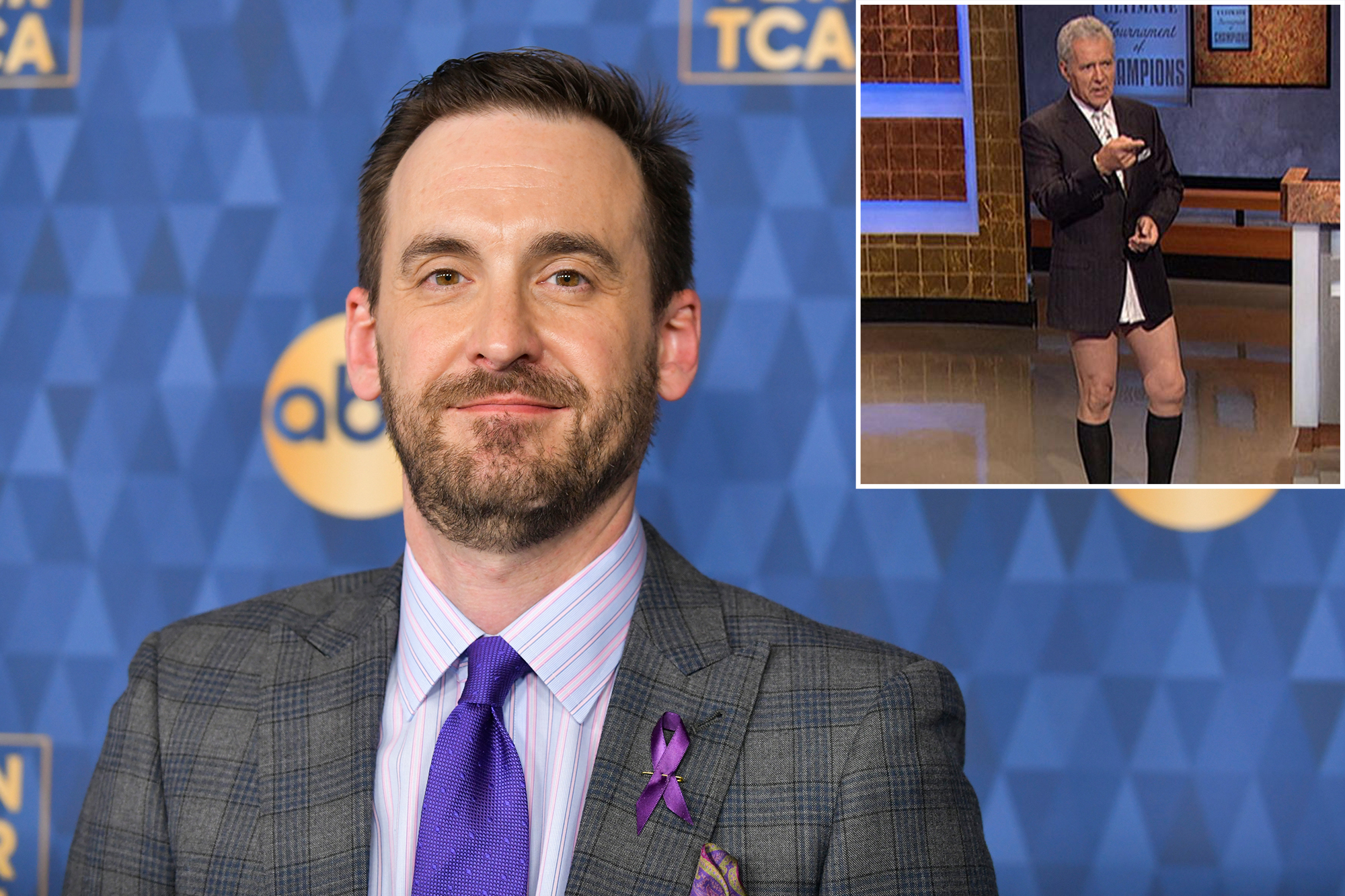 Answer: A dearly departed game show host who once proved his bare legs were just as impressive as his mind.

What is: A pants-less Alex Trebek? Correct!

As the late Trebek’s final episode of “Jeopardy!” is set to air Friday, Brad Rutter — one of the highest-earning contestants on the trivia series — fondly recalls a time when the veteran trivia emcee hilariously opened the show in his undies.

Rutter, who racked up a cool $4.6 million as recurring “Jeopardy!” contestant, remembered the seemingly straight-laced Trebek flexing his funny bones during the show’s 2005 “Ultimate Tournament of Champions.”

“We were so nervous, we were just all pale as a ghost,” Rutter told Philadelphia radio station WOGL of the stress he and opponents Ken Jennings and Jerome Vered all shared ahead of their mental joust.

To ease the tension, Rutter, Jennings and Vered joked about playing against one another sans pants, noting “Jeopardy!’s” signature podiums would keep their three-way prank private.

“What we didn’t realize was that our mics were live, and Alex heard us,” Rutter said.

At the sound of show announcer Johnny Gilbert’s legendary: “Here is the host of ‘Jeopardy!,’ Alex Trebek” introduction, Rutter said, “Alex came out with no pants on.”

Rutter — poised to host ABC’s new game show “The Chase,” alongside Jennings and “Jeopardy!” champ James Holzhauer — counts himself lucky to have experienced the shrewd TV icon’s sense of humor.

“Jeopardy!” executive producer Mike Richards told Deadline the show is in no rush to name a successor to Trebek, who lost his 20-month battle with Stage 4 pancreatic cancer in November. He was 80.

“The search is going very well, there are a lot of people very interested in hosting ‘Jeopardy!,’” Richards said, without revealing the candidates, of which there are many rumors.

“We are going to take our time and talk to a lot of people, have some people guest host and see what our fans think as well,” he said.

Jennings and television powerhouse Katie Couric have both been tapped to host “Jeopardy!” in the interim after Trebek’s final appearance airs this week.

Trebek, a scholar of bottomless intellect, will be missed.