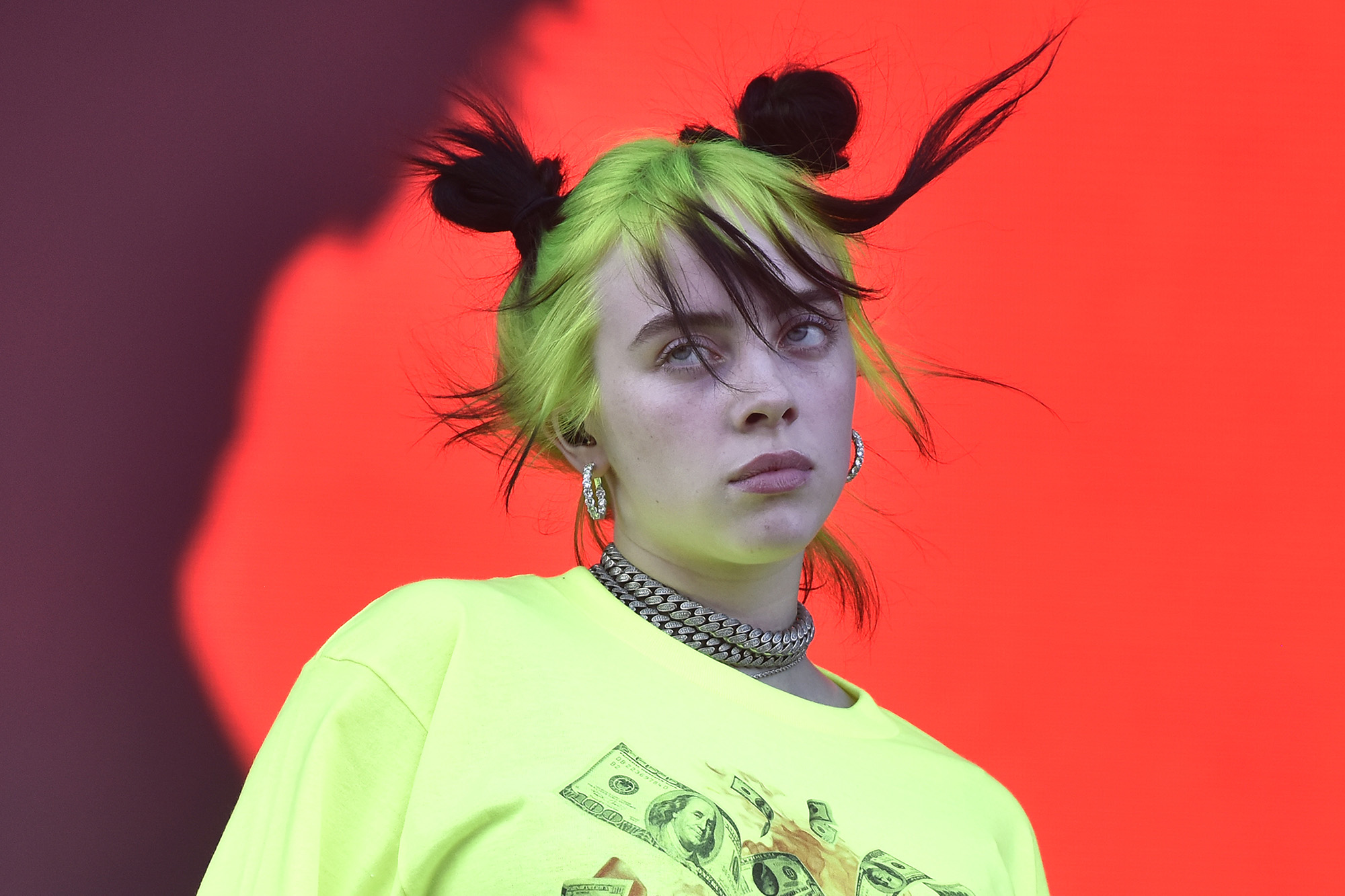 For a hot recording artist who’s notorious for concealing her young body in intentionally unsexy baggy clothes, Billie Eilish sure does create a lot of hubbub about boobs.

As the latest A-lister to take part in the viral “Post a Photo Of” Instagram Challenge, the “Bad Guy” singer appears to have lost 100,000 followers in one hour on Tuesday — after sharing a series of images of female breasts.

As one fan documented on Twitter, Eilish’s follower count rapidly dropped from 73 million on the platform to 72.9 million.

But the entire episode seems to have cracked up the 19-year-old Grammy-winning singer-songwriter, who just happens to be one of the most-followed individuals on the ‘Gram.

“”LMFAOOO y’all babies smh” she posted along with a screenshot on her Instagram Story.

Prompted by a fan’s ask of “Post a Picture Of: a drawing you’re really proud of,” Eilish responded “probably these,” and shared a series of artsy paintings and sketches of the breasts, nipples and butts, some featuring a huge snake enveloping the nude female bodies of various shapes and sizes. The now-expired artwork was captured and shared for posterity by Cosmopolitan and Consequence of Sound.

Although the dip could be blamed on any number of social media fluctuations, her watchdog fanbase quickly blamed the deficit in captive fandom on her mammary share.

“Bye not her losing 100K cuz of boobs,” one fan tweeted with screenshots of the slightly reduced follower count.

Never fear, Eilish’s Instagram follower count was back up to 73 million as of Wednesday morning.

However, #breastgate is hardly the first time the female form has stoked online controversy for Eilish. In early March — just before the coronavirus pandemic killed her tour — she dropped a now viral video of herself in a revealing (for her, anyway) black tank top.

The footage featured Eilish intoning, “If I wear what is comfortable, I am not a woman. If I shed the layers, I’m a slut. Though you’ve never seen my body, you still judge it and judge me for it. Why? We make assumptions about people based on their size. We decide who they are, we decide what they’re worth. If I wear more, if I wear less, who decides what that makes me? What that means? Is my value based only on your perception? Or is your opinion of me not my responsibility?”

Next up: In December, she responded to body shamer backlash over supposedly unflattering paparazzi photos: “Everyone’s like, ‘Damn, Billie got fat!’” she said, mocking her haters. “And I’m like, ‘Nope, this is just how I look! You’ve just never seen it before!’”

She also sparked a fan frenzy last week when she posted, “I am making you a f – – king album. I will not put it out if you keep making fun of my hair.”

It appears that she has much less superficial stuff on her mind: “I’m gonna give you a new era,” she continued. “I have announcements to make, I’ve got some s – – t to put out.”

Cynthia Bailey Shows Off Her Flawless Figure On Vacay – See Her Pics At The Beach
Is Chris Harrison Done With The Bachelor? – Sources Say He’s Moving To Texas
Comment