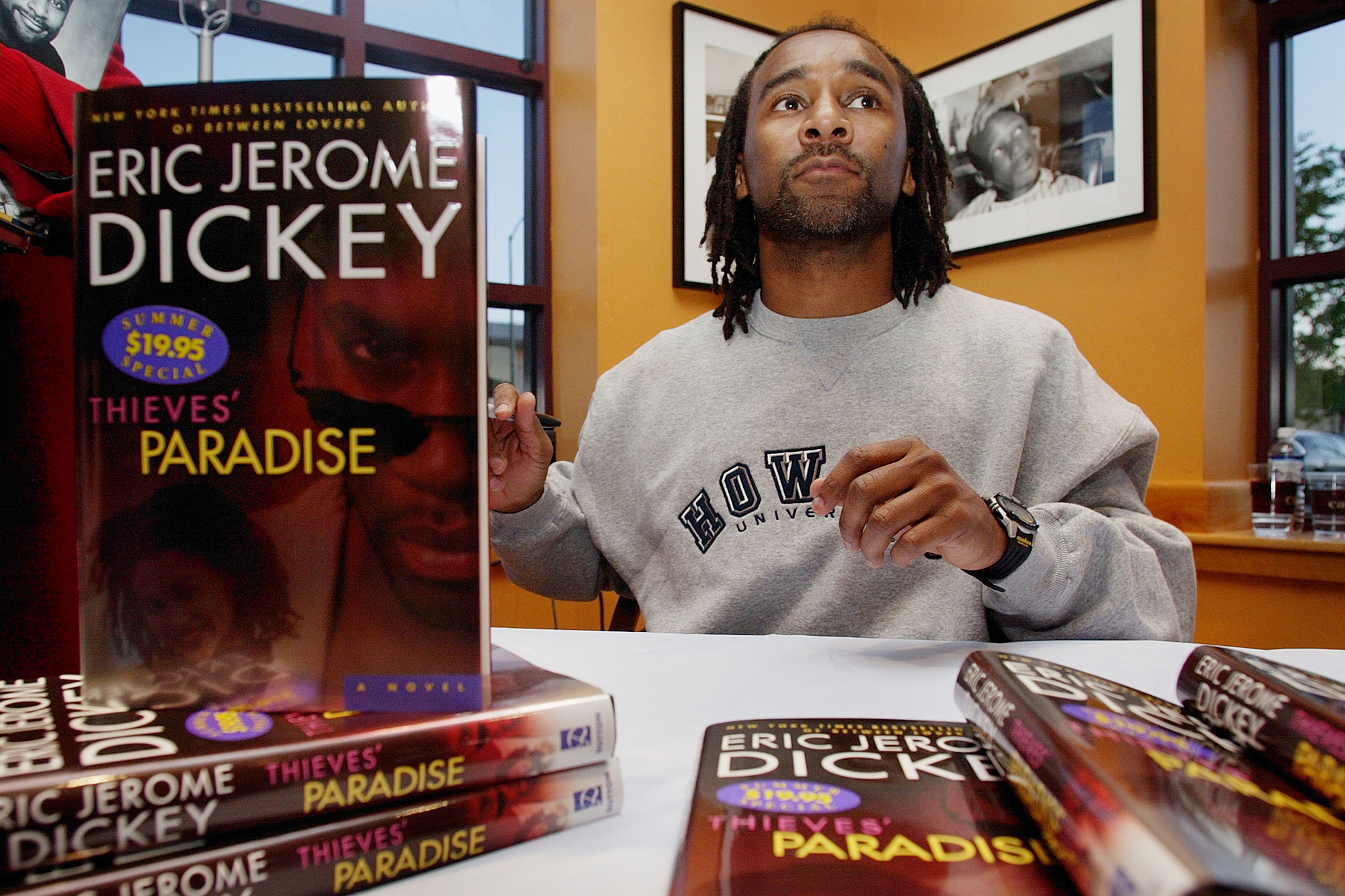 Famed author Eric Jerome Dickey, beloved for modern black storytelling in best sellers such as “Sister, Sister,” “Friends and Lovers” and “Between Lovers,” died Sunday at 59.

“It is with great sadness that we confirm that beloved New York Times best-selling author Eric Jerome Dickey passed away on Sunday, January 3, in Los Angeles after battling a long illness,” a rep for Dutton, an imprint of Penguin Random House, told The Post, adding that Dickey leaves behind four daughters.

A family member of his also confirmed the news on Facebook.

“I am heartbroken. My cousin, Eric Jerome Dickey passed away on yesterday,” La Verne Madison Fuller wrote on Facebook Monday. “Guys, when God tells you to do something, just do it. Just a few weeks ago, God woke me up to text him and say that I loved him. He let me know that he loved us too.”

The New York Times best-selling novelist earned a degree in engineering from the University of Memphis, landing a job in the aerospace industry as a software developer in Los Angeles. He soon discovered his passion for writing by way of comedy. After writing several scripts for a comedy act, he began penning poetry and short stories.

“The film work gave me insight into character development, the acting classes helped me understand motivation . . . All of it goes hand in hand,” he wrote on his website.

After publishing his first short story in 1994, he went on to release the beloved “Sister, Sister” in 1996 about three women looking for love in LA. Other books, including novels “Chasing Destiny,” “Liar’s Game” and “Pleasure,” were on the New York Times’ best-seller list.

In all, more than seven million of his books have been published worldwide, according to his publicist.

His next novel, “The Son of Mr. Suleman,” was slated to be released on April 20 of this year.

Tributes began pouring in on social media from celebrities and fans alike who have been touched by the legendary Memphis-born novelist.

“I remember sneaking around with my copy of ‘Friends and Lovers’ in middle school like it was contraband,” journalist Wesley Lowery tweeted. “Secretly reading an Eric Jerome Dickey novel was a teenage right [sic] of passage for a generation of black Americans.”

“I am truly saddened to hear about the passing of Eric Jerome Dickey,” author Roxane Gay wrote on Twitter. “His were some of the first novels I ever read about black people that weren’t about slavery or civil rights. He was a great storyteller.”

“RIP to literary icon Eric Jerome Dickey. Thank you for shaping my childhood with your work,” a fan wrote. “ ’Chasing Destiny’ and ‘Genevieve’ are two books I recall really igniting my desire to be a writer in the first place,” added another.

Scott Disick And Amelia Hamlin: Inside Their Relationship Status At This Point – How Serious Is It?
Grammys 2021 ceremony postponed over COVID-19
Comment