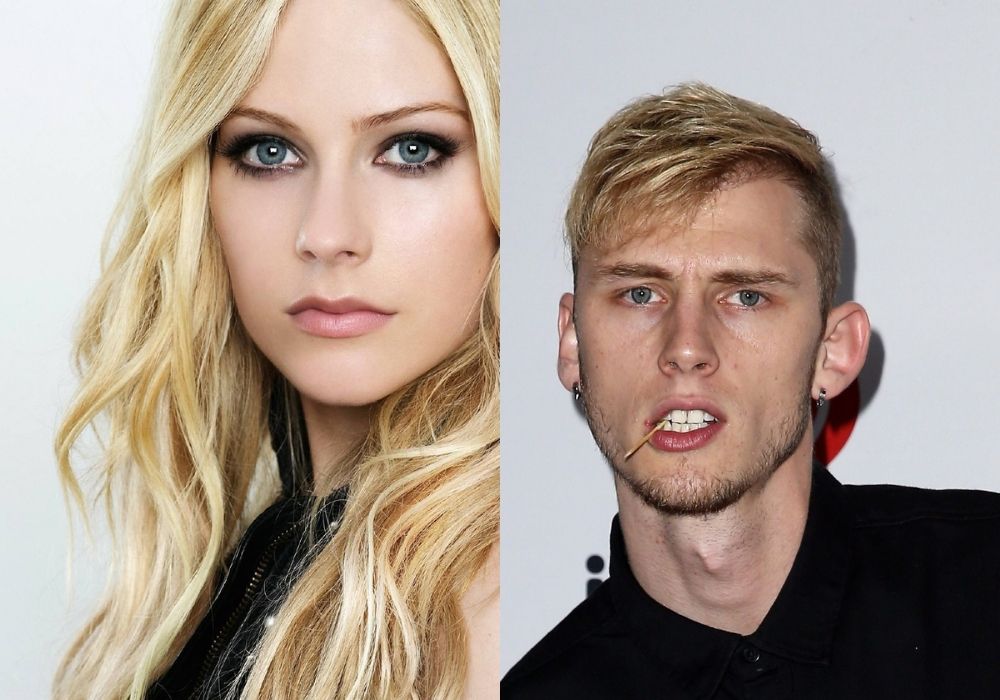 It’s been a long time since Avril Lavigne first came out with her song, “Sk8ter Boi,” which became such a cultural phenomenon at the time that nearly everyone spelled the word in the same way. After releasing several hit albums, Avril went on a long hiatus, returning in 2013 with Head Above Water.
Since then, Lavigne hasn’t been that active in the music industry, although, she does pop her head up occasionally, including earlier this week when she posed for a photograph alongside Machine Gun Kelly and the rapper, Mod Sun.
Avril Lavigne Finally Addresses That Conspiracy Theory That Says She’s Dead! »
You can check out one of these posts below:
https://www.instagram.com/p/CIrCr_TlVuy/
Mod Sun Speaks Out About Ex-Girlfriend Bella Thorne Alleged OnlyFans Scam And How It Affected Sex Workers »
As a side note, Avril dropped the song, “Dumb Blonde,” which featured the rapper, Nicki Minaj. Music critics hailed it as a feminist anthem and Avril said the song’s lyrics were inspired by a man in her life – whom she described as a “f*cking loser – who tried to put her down for being an “independent woman.”
Lavigne previously shared that this man was “threatened” by her strength, self-esteem, and self-confidence as a woman. She went on to say that this man was hard on her for all of the things she was proud of as a person, including the fact that she’s someone “with a vision and opinions.”
Machine Gun Kelly And Megan Fox Spotted Hanging Out Prompting Rumors Of Her Split With Husband Brian Austin Green »
https://www.instagram.com/p/CJZOsjzFZKw/
Lavigne is clearly back in the studio once again, and she is showing off the fact that she has new music in the works. The pop star can be seen flipping the middle finger with John Feldmann and Sonic Guru. Both men helped Blink-182 and other artists make their biggest albums.
There’s another photo where she can be seen alongside Machine Gun Kelly. Thus far, it’s not entirely clear if Avril has a new song coming out with Machine Gun Kelly, but most fans on social media have speculated that this is the case.
Earlier this year, Avril was in the headlines once again when she claimed she had reached out to Justin Bieber following the revelation that he had Lyme disease. Justin struggled for months before he finally realized what was wrong with him.
Advertisement

Nicki Minaj Says She Was Calm But Husband Kenneth Petty Was ‘Really Scared’ When Her Water Broke!
Billie Eilish Slams Fans Who Unfollowed Her After She Posts A Picture Of A Woman’s Breasts
Comment