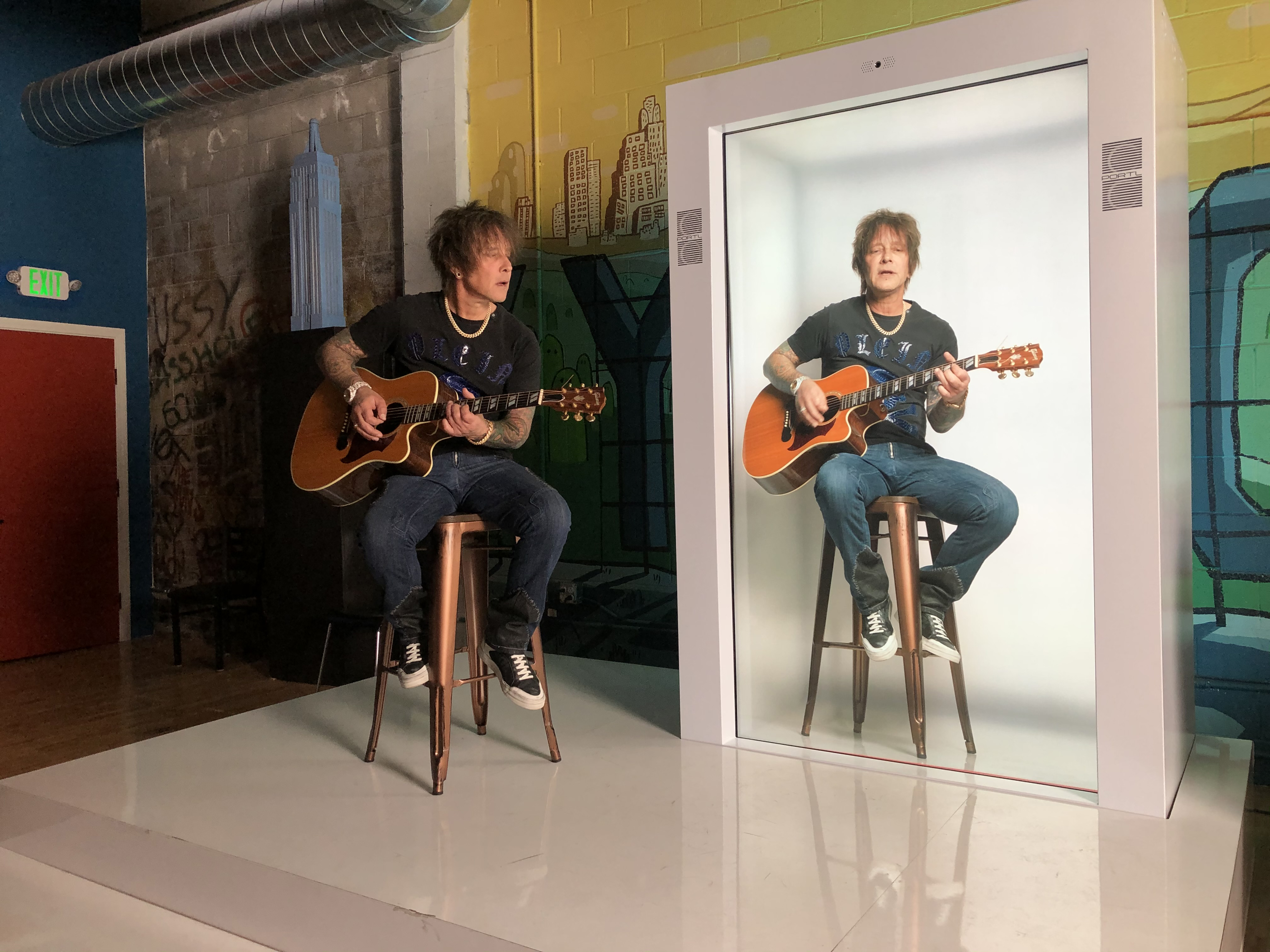 Can’t go see your favorite artist live? Have them come to you.

Beaming a rock star into your living room might sound like something out of “Star Trek” but, thanks to a cutting-edge new service, celebrity holograms could one day replace concerts as the way we experience “live” music under COVID-19 restrictions.

“It’s like nothing has ever existed like that before,” Dave Nussbaum, founder and CEO of Los Angeles-based PORTL, told The Post of his company’s technology, which allows people to summon real-time holograms of performers virtually anywhere.

Nussbaum, 46, said that’s accomplished with an immersive machine called a HOLOPORTL, a telephone booth-sized apparatus that can fit in the corner of a room and projects a life-size image of an artist while they perform elsewhere in front of a camera.

“An artist can beam from wherever they are to wherever they need to be in real time,” the PORTL boss explained. “So one person, one artist, any rock star can perform in their home studio and beam that performance live into hundreds of locations at the exact same time with the ability to hear, see and interact with their global audience.”

Nussbaum previously ran a company that projected celebrity holograms onto arena-sized stages. However, he started PORTL in April 2019 after deciding that the technology “should be accessible to everybody.”

And unlike earlier celebrity holograms, which evoke Princess Leia’s fuzzy projections from the “Star Wars” movies, the “holoportation” station makes it seem like the celebrity is really in the room, Nussbaum said.

Not a fan of any living artists? Not to worry: The hologram technology is touted as able to “bring any late icon back to posthumously perform,” per the site. Other companies, including BASE Hologram, have attempted to resurrect the legendary likes of Amy Winehouse and Whitney Houston, to mixed results and reactions.

“Having the ability to download content and watch that kind of realism, one-on-one communication, it’s hugely exciting to me,” said Billy Morrison, a PORTL trustee and guitarist for Billy Idol. “No matter how great a flat-screen display is, it doesn’t look like that,” adding that the sound emanating from the device “is amazing. It sounds like I’m sitting there playing guitar.”

PORTL founder and CEO Dave Nussbaum is projected into the HOLOPORTL.NY Post

Not only that but performers “can hear, see and interact with their global audience,” according to Nussbaum, who compared the experience to a holographic Zoom session.

“I was thinking that we would sell these [HOLOPORTLs] to all the movie theaters,” Nussbaum told The Post. “But then COVID hit and we knew that this was a communications device and not just a cool display.”

Nussbaum isn’t the only one looking to engage with holographic technology during the pandemic. In October, musicians used an interactive hologram — based on a Victorian-era optical illusion — to reach fans on a London stage.