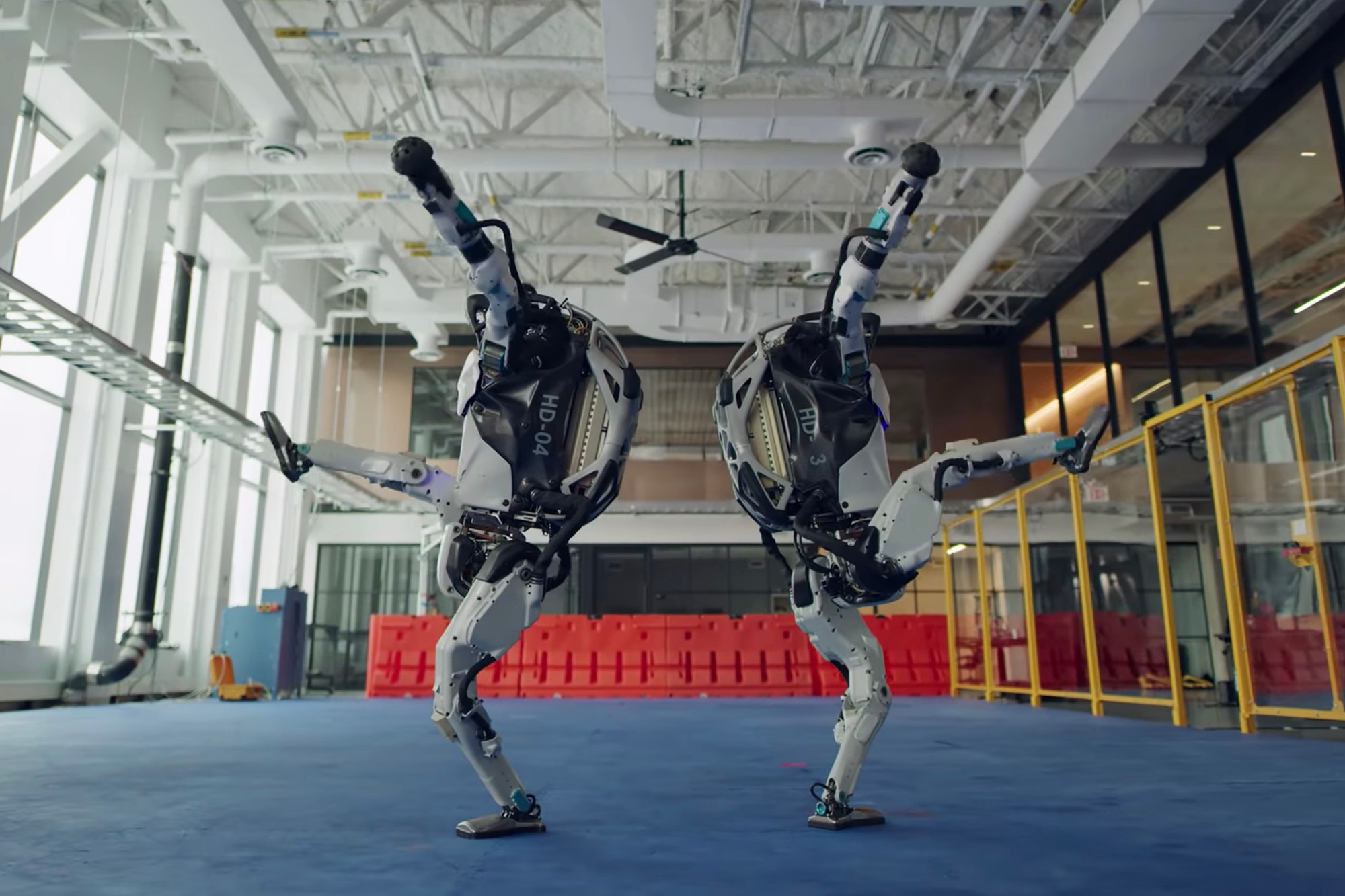 Now robots are dancing “The Human.”

In yet more evidence that machines are taking over the world as we know it, a now-viral YouTube video has surfaced of Boston Dynamics robots performing a dance number so well-choreographed it looks animated.

In the rump-shaking three-minute clip, three of the robotics firm’s creations — the humanoid Atlas, Spot the robot dog and box-juggling Handle —can be seen grooving in perfect unison to the Contours’ 1962 hit “Do You Love Me.”

The bipedal bots do the twist, Spot gyrates emphatically, and Handle wheels by in a routine seemingly too fluid to be executed by humans.

Needless to say, viewers were impressed by the dance droids’ dynamic display, as the clip already has more than 4 million views in less than 24 hours as of Wednesday morning.

“I needed this. This is so cool!!!” gushed one commenter of the less-than-robotic moves.

Another joked, “Robots after successfully conquering the world.”

Indeed, the unsettlingly impressive routine marks a major evolution from Spot’s herky-jerky rendition of “Uptown Funk” way back in 2018. Or the box-packing showcase by Atlas’ 2016 earlier iteration, which looks like stop-motion animation by comparison.

In fact, many were convinced that the cybernetic shindig was too good to be true.

“Nice render,” snarked one about the darlings Boston Dynamics, which was recently purchased by Korean automaker Hyundai.

However, the apparently real exhibition is just the latest display of the BD bots’ cutting-edge capabilities, which have encompassed everything from gymnastics to sniffing out radiation. If that wasn’t dystopian enough, Spot even joined the Massachusetts State Police force in 2018 a la the synthetic pooches in “Fahrenheit 451.”

Although Atlas and Handle are still prototypes, BD has recently started selling Spot models for $74,500, the Verge reported.

The robotics firm was recently purchased from SoftBank in a $1.1 billion deal, according to Forbes. The company was originally founded in 1992 as a spinoff from the Massachusetts Institute of Technology, where it became known for its dog-like quadrupedal robots (most notably, the DARPA-funded BigDog, a precursor to the company’s first commercial robot, Spot.) It was bought by Alphabet’s X division in 2013, and then by SoftBank in 2017.