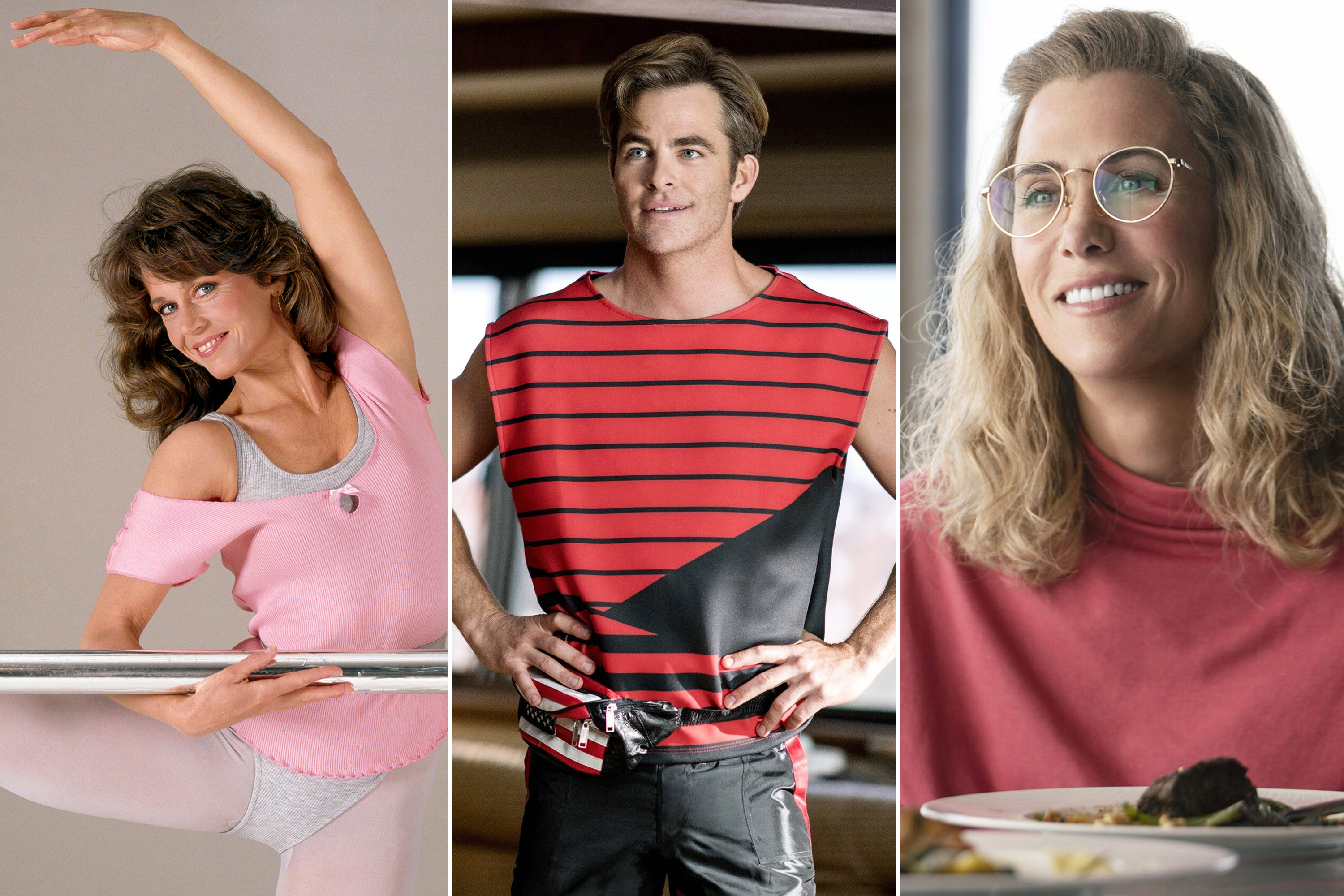 Do they make bulletproof leg warmers?

As you might have guessed from the title, “Wonder Woman 1984” is a superhero film set in another era: namely the go-go decade of power suits, Max Headroom and a Times Square we would charitably call “up and coming.”

And while the setting is a throwback, director and co-writer Patty Jenkins has said that she wasn’t after nostalgia but was instead trying to make a straightforward “film from the ’80s.”

”I was worried that I wasn’t giving people enough ’80s because the temptation is to go ‘’80s, haha,’ and make all these ’80s jokes and put in ’80s tracks,” she told “Syfy Wire” earlier this month.

Despite her hesitation, never fear. The film doesn’t skimp on ’80s references. Here’s an abridged A-Z look at what you might spot when the movie opens Christmas Day in theaters and on HBO Max.

A is for aerobics

What pricey Pelotons are to the 2020s, pastel leotards, leg warmers and Jane Fonda were to the ’80s.

B is for batwing top

Kristen Wiig’s character appears wearing a pink one that would look at home on a “Like a Virgin”-era Madonna.

“Batwing” may sound like a weapon from another superhero’s utility belt, but in this case it’s something worn by Kristen Wiig.Clay Enos / © Warner Bros. / Everett Collection

C is for Casio

In 2017’s “Wonder Woman,” Trevor and the heroine joked about his watch. In this ’80s take, Trevor hands Wonder Woman a classic from the time: a digital Casio that was once the height of technology.

D is for Donald Trump

Bad guy Max Lord — a tycoon who projects a fabulous image but whose business empire is crumbling — is reportedly based on The Donald. “I’m not a con man but a respected television personality,” Lord says in the film.

Bad guy Max Lord is a tycoon who projects a fabulous image but whose business empire is actually crumbling. He’s rumored to be partly inspired by The Donald, as was suggested by a costume designer last summer. “I’m not a con man but a respected television personality,” Lord says in the film. But he may also have hints of Michael Douglas’ “Wall Street” character Gordon Gekko — a theory offered by Pedro Pascal — and Ponzi scammer Bernie Madoff mixed in.

F is for fanny packs

Trevor can be seen wearing one while strolling with Wonder Woman. And she still slept with him.

H is for hair scrunchies

How else are you gonna hold your side ponytail?

I is for Indiana Jones

“Wonder Woman 1984” pays tribute to another action icon with a sequence in which the heroine slides beneath a moving truck. Is Spielberg getting royalties?

N is for nuclear war

Global thermonuclear war if you’re fancy. What’s an ’80s plot without it?

P is for popped collars

P is also for parachute pants

Trevor tries out a pair, wondering, “Does everyone parachute now?”

P is also for pay phones

Wonder Woman uses one, while out and about as her alter ego Diana Prince. Good thing. We’re not sure the spandex costume has pockets to hold a dime.

R is for Ronald Reagan

The ’80s were a decade when the concepts of celebrity and television became so powerful that the country elected a movie star as president. Imagine. The film features a look-alike who bows to Max Lord.

“Miami Vice” has a lot to answer for — Don Johnson’s singing career for one. But also for the once-ubiquitous trend of rolling up jacket sleeves.

T is for TWA

Trevor, a pilot himself during World War I, marvels as a plane from the now-defunct airline soars overhead. Maybe he’s wondering where the legroom went.

W is for Waldenbooks

Spotted in the background of one of the film’s action sequences, the former mainstay of every mall has now gone the way of, well, the mall.